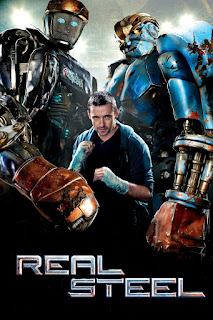 Charlie Kenton (Hugh Jackman) used to be a prizefighter but lost his chance to win a title when heavy, towering robots took over the boxing ring. Now working as a small-time promoter, Charlie pieces together scrap metal into low-end fighters, barely earning enough to make it from one underground venue to the next. After hitting rock bottom, Charlie reluctantly teams with his estranged son, Max (Dakota Goyo), to build and train a championship robot for a last shot at redemption.